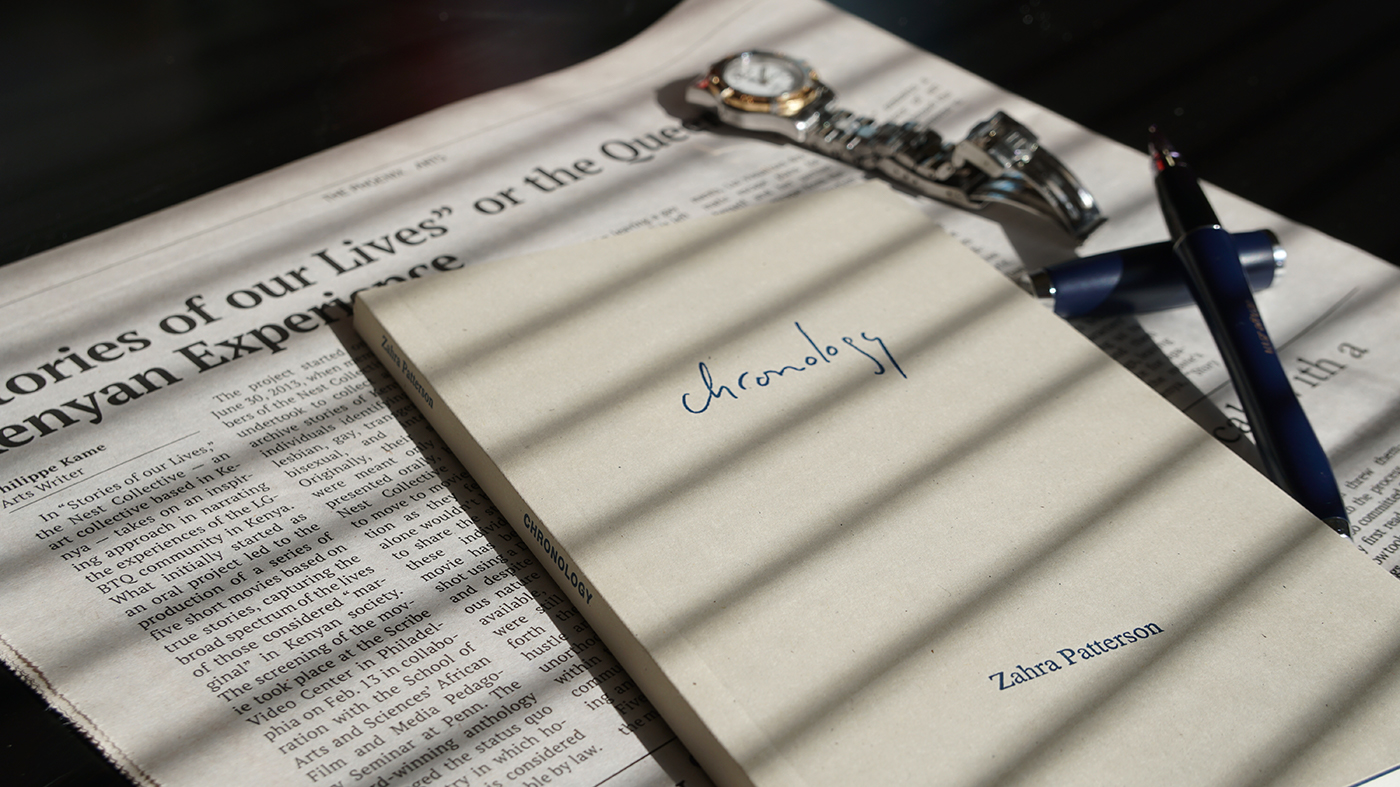 Zahra Patterson’s Chronology won the 2019 Lambda Literary Award for Lesbian Memoir — though I’m not sure I would call her work a memoir, or even particularly lesbian. Chronicling Patterson’s relationship with her late friend-who-was-almost-lover, Chronology instead takes the form of a scrapbook, filled with emails, journal entries, excerpts, dialogue, and drafts. There are numerous inserts that you can pluck out of the book to examine: a photograph, a memo, the cover of a textbook. At the heart of this multimedia collection is a quest to learn Sesotho as a way to remain connected to her friend, and, in doing so, to grieve.

The pages abound with evidence of Patterson’s frustration as she is met by a multiplicity of postcolonial barriers preventing her from making progress in Sesotho, from her own position as a mixed-race English speaker to the lack of adequate dictionaries at the library. Through the lens of attempting to translate a Sesotho short story into English, Patterson explores themes of colonialism, feminism, the politics of translation, and language as a form of intimacy. The twin driving forces behind her attempts are longing and inaccessibility. Longing for Liepollo and longing to learn the language that has become synonymous with her; inaccessibility to the former through unresolved romantic tension and death, inaccessibility to the latter through the fraught history of colonization that continues to mar the language to the present day.

Perhaps the most difficult aspect of reading Chronology is that there is no single storyline to follow, no one lesson taught or piece of knowledge gained. Patterson debates with herself, with others, and with authors she has read or heard speak; she pieces together fragments into a “translation” that she then re-translates into a poem so abstracted from the Sesotho text that it has lost all of the original writer’s meaning. There is no real catharsis or conclusion to Patterson’s relationships with Liepollo and Sesotho. Most of the time, she just kind of leaves you with this assortment of writings to sort through on your own.

I enjoyed Chronology because I like books that experiment with form and style, and because I’m a sucker for stories about language and translation. Don’t go into this expecting a more traditional memoir (and/or a memoir with gratuitous lesbian content) — but if you’re looking for something that makes you work to make sense of it, that presents itself in its messy entirety for you to glean what you can, then this is the book for you.