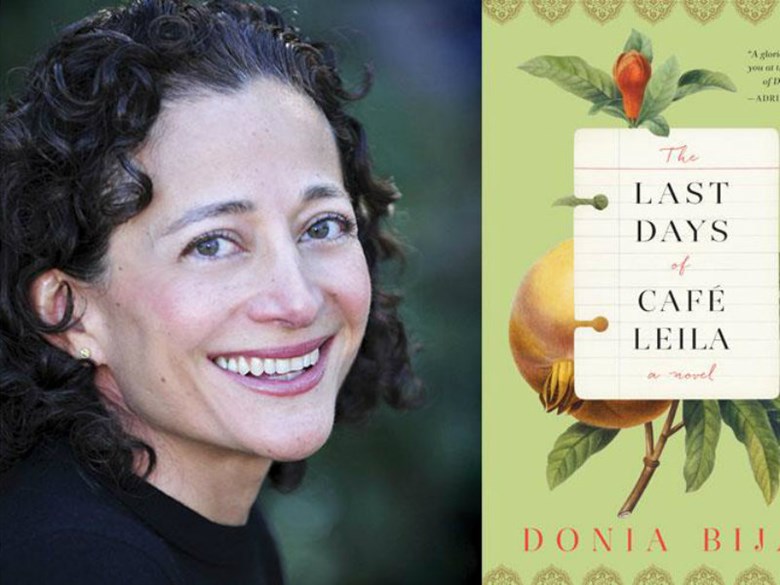 Four generations, three continents, two revolutions, one afternoon. The Last Days of Café Leila is both expansive and so very intimate, giving the reader glimpses of the ever-turning cogs of history through the experiences of the Yadegar family. From the Bolshevik regime to the post-revolution turmoil of the 1980s, the turbulence of the twentieth century serves as the backdrop for Donia Bijan’s sweeping tapestry of family, change, and homecoming, held together by food.

When her marriage goes south, Noor, a woman in her late forties, decides to take a trip to her hometown of Tehran. Her father Zod sent Noor and her brother, Mahmoud, to the United States thirty years prior — “this is no country for a child.” Now, with her chagrined teenaged daughter Lily in tow, Noor returns to her birthplace to find it at once familiar and foreign. But rather than show us Café Leila through Noor’s eyes, Bijan guides us through its past and present by floating between Noor, Zod, Lily, and a variety of other characters. We learn of Zod’s parents, Yanik and Nina, who fled Russia with recipes sewn into their clothes, who settled in Tehran with blinis and learnt to make halvah in their café. We cannot help but love Zod’s late wife, Pari, so tender are his recollections of her and the meals he made for them both. We cheer and mourn with Naneh Goli, the caretaker who raises Zod and, later his children, cooking alongside three generations of Yadegars.

Each generation can be seen in the faces and lives of their descendants.  Zod’s studies in Paris are cut short, and his return to Tehran is echoed decades later in his daughter’s homecoming. Zod’s embittered younger brother abandons Iran to make a life for himself in America, where he later grows close to his nephew. The face of history turns from tragedy to celebration and back again, and Bijan illustrates each about-face with acute observations of sound, scent, and taste that suspend each moment in time.

Bijan’s culinary experience — she attended Le Cordon Bleu and ran a restaurant in France for ten years — shines through in the detail she lavishes on food. Hot piroshkies stuffed with creamed spinach, meat and onions. Halvah carrying the perfume of rosewater through the quiet streets. Not a parade but a modest procession of dishes described with detail and tenderness that bespeaks both a professional and personal relationship. Within the walls of Café Leila, as in life, food serves many purposes from building bridges to assuaging grief; some dishes, like the characters who eat them, take on multiple shades of meaning as they appear and reappear through the years.

On the afternoon that I read The Last Days of Café Leila, my pace was hastened by a deftly written multigenerational narrative that looks injustice in the eye. Several times, I was stopped dead in my tracks by Donia Bijan’s incisive images of a tear wiped away or a furrowed brow. Ultimately, I couldn’t stop myself from devouring this novel in just a few hours, and after all this time, I find the taste of it still so vivid. It is at once savory, sweet, dense, and surprisingly light, this tale of arrivals and departures and all the meals in between.