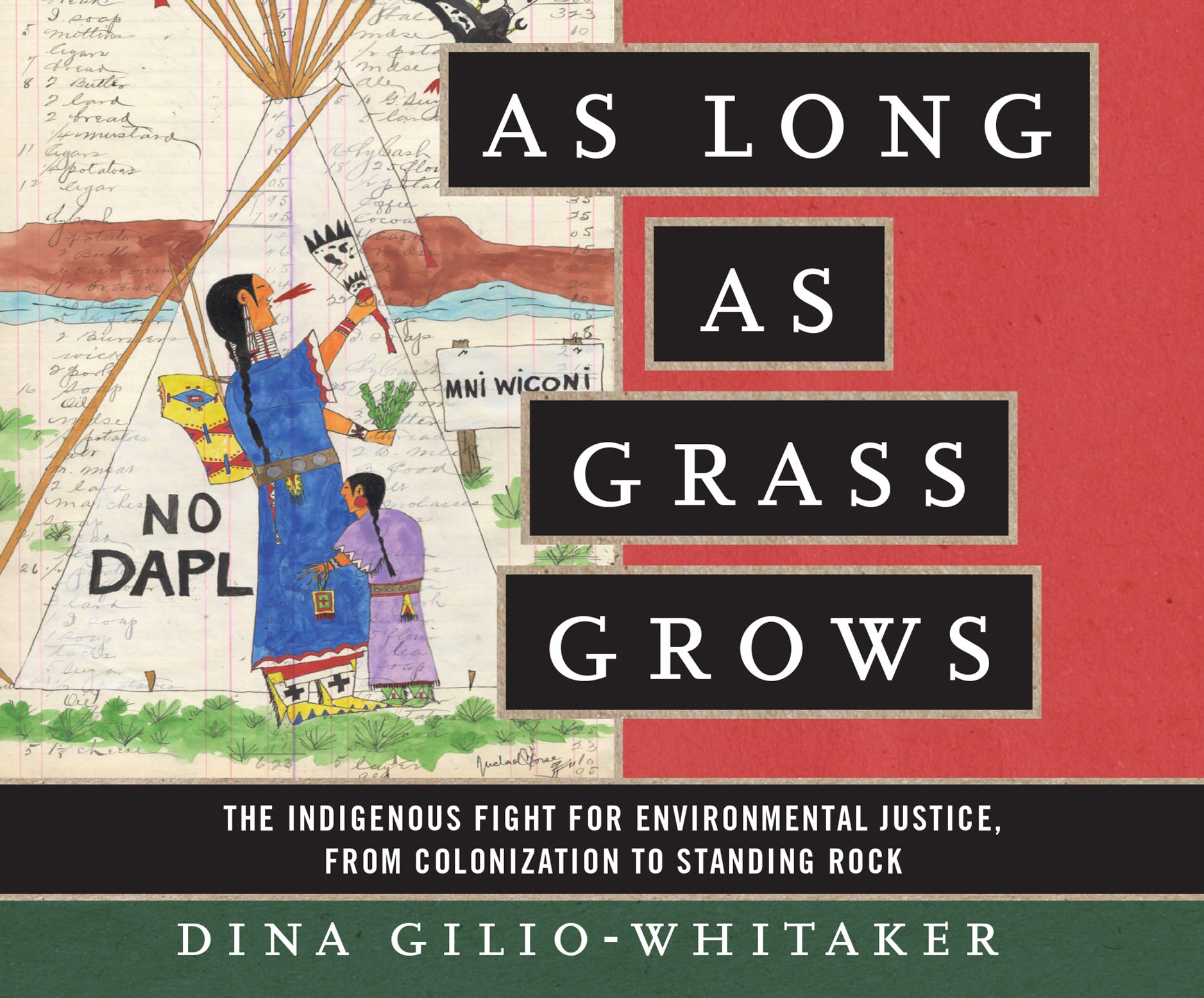 Reading As Long As Grass Grows felt like doing readings for that one college course that you'll look back on one day as a watershed moment. By that, I mean it is the most academic text we've featured so far — citations and theories and frameworks, oh my! It paints broad strokes exploring an Indigenous-centered history of environmental (in)justice in North America, from the coordinated uprooting of First Nations people from their ancestral lands to modern environmental efforts like Standing Rock. I won't lie, it was a bit dense at times, but Dina Gilio-Whitaker's writing is much more accessible than many other academics. I came away with a new understanding of the myriad ways settler colonialism necessitates environmental exploitation, and how framing environmental justice efforts in terms of Indigenous impact may be necessary for the movement going forward.

At multiple points reading this, I found myself pausing to consider a point, or cool down from a particularly awful part of history. I had to confront my own assumptions written on paper: as an avid hiker, I have unconsciously bought into the American ideal of "pure" or "primal" wilderness inhabited only by local flora and fauna, the most important of which are designated national parks. But Gilio-Whitaker interrogates that by presenting the violent expulsions of Native people to depopulate that wilderness. Moreover, I was floored by her insight that the white settler colonialism behind early national parks advocates equated wilderness with whiteness in contrast to dark urban landscapes. It's impossible to overlook the irony of expansionists driving out indigenous populations to "conserve'' wilderness in the face of encroaching industrialization. Look at California, where today's mega-fires are exacerbated by years of brush buildup that would have been controlled by small, regular prescribed burns — a core technique of Native land management for centuries. Now I am driven to ask, how do we restore these ancestral lands, and (perhaps somewhat selfishly) how can we enjoy natural spaces while respecting the land and the people who live there?

I was also intrigued by the latter half, which discusses coalitions between Native and environmentalist groups and how they do and don't work productively for environmental justice. Cultural clashes such as the western feminist backlash against traditional long skirts at Standing Rock highlighted the challenges in decentering the individual in collective activist spaces. Further, the use of environmental concerns against Native Americans, like in controlling hunting in certain territories, reinforces the need for a greater focus on Indigenous histories and culture in environmental justice. I think I felt the most moved by a coalition of ranchers and Native people where the ranchers, facing land seizure through imminent domain, realized their Native allies had undergone the exact same thing.

As Long As Grass Grows does not end with a swelling of pure hope for a powerful march toward Indigenous-centered environmental justice across the globe. Dina Gilio-Whitaker acknowledges a recent trend toward greater respect for the rights and sovereignty of Native people in certain struggles, but she also makes it clear that many barriers remain. Federal groups like the Environmental Protection Agency all the way down to state and local governments have spotty records at best with environmental justice. However, the shockwaves from Standing Rock have empowered the Indigenous arm of the environmental movement, carrying us toward an uncertain but somewhat bright future — but we must keep pushing for it.