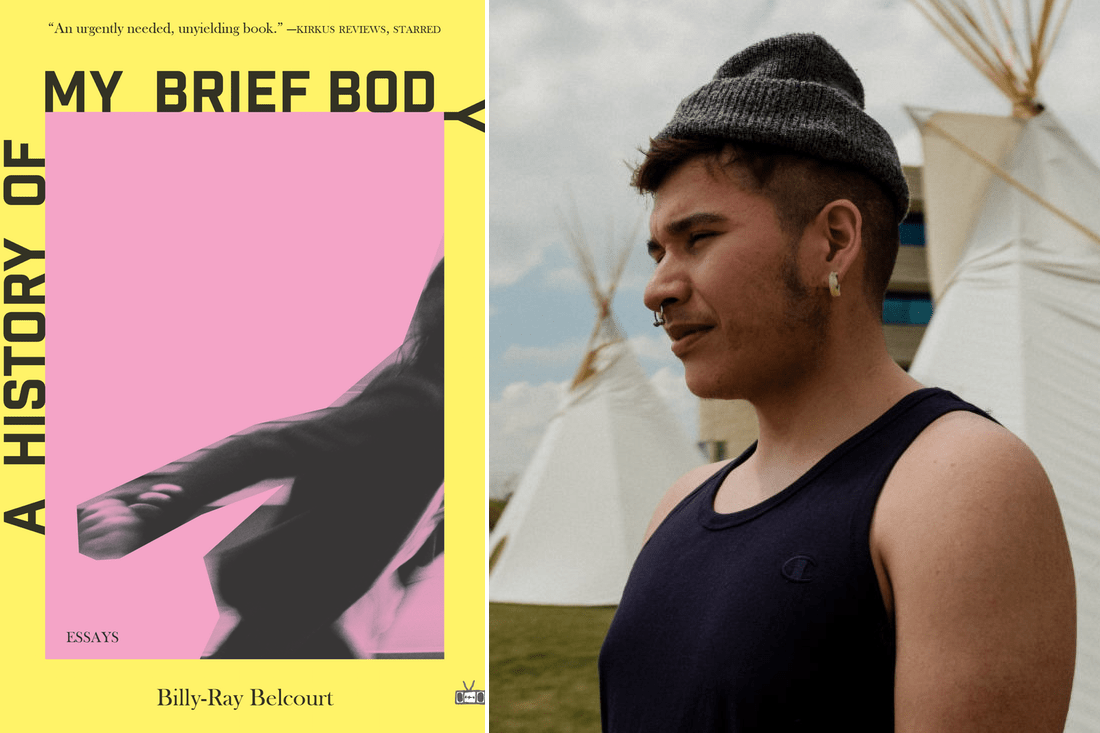 Book Review: Billy-Ray Belcourt's "A History of My Brief Body"

Part-essay, part-prose poem, A History of My Brief Body remakes the form of the memoir, just as Billy-Ray Belcourt unmakes and remakes himself in these pages. The book takes you through a landscape of hostility and violence toward NDNs (a short form of “Indian,” which some Native American people use in reference to themselves), transported by quotations from favorite authors and excerpts of a novel never written. There is grief in these pages, and loneliness, and destruction. And sex. Lots and lots of gay sex.

“My kink is the annihilation of my core sense of self.” Belcourt’s body becomes a symbol of his impossible existence, both as a queer man and as an NDN, and his simultaneous desires to destroy and understand his body lead to a series of Grindr-fueled hookups with faceless white men who get hard at the prospect of fucking an NDN. One man spits in his mouth, another comes without asking on his ass, and, through it all, Belcourt takes and takes the twisted love he knows they want to give (“He was readying himself to fuck a symbol. Like a good symbol, I didn’t speak.”). But, despite his quiet submission in the role to which he has been reduced, there is not self-loathing but tenderness in the way Belcourt retells his experiences. The page becomes a prism through which his life is refracted, separated into distinct hues of politics, gender theory, colonialism, and beauty.

The memoir is rife with quotes that will knock you clear off your feet, such as, “To be queer and NDN is paradoxical in that one is born into a past to which he is also unintelligible.” And there is quite a lot of nuanced exploration of the past-that-extends-to-present, from his grandfather’s refusal to speak of his time at a Canadian Indian residential school to fearing the police, to the epidemic of NDN youth suicides. Belcourt is kind yet uncompromising in addressing all these issues, unflinching and unapologetic, yet not condemning. His interrogations of personhood and what it is to be alive invite you to ask yourself what really matters in this world, who really stands to benefit from the ugliness of cruelty and injustice.

I loved this book because of how bold and beautiful and heartbreakingly tender it is, despite the massive amount of brainpower it took to parse some of the denser sections. As a memoir, it is a profound meditation on vulnerability and longing. As a love letter to being queer and NDN in a postcolonial world, it is a deeply moving plea to remain open and gentle: “Please keep loving.”